By Rossana FernandezOctober 4, 2021No Comments 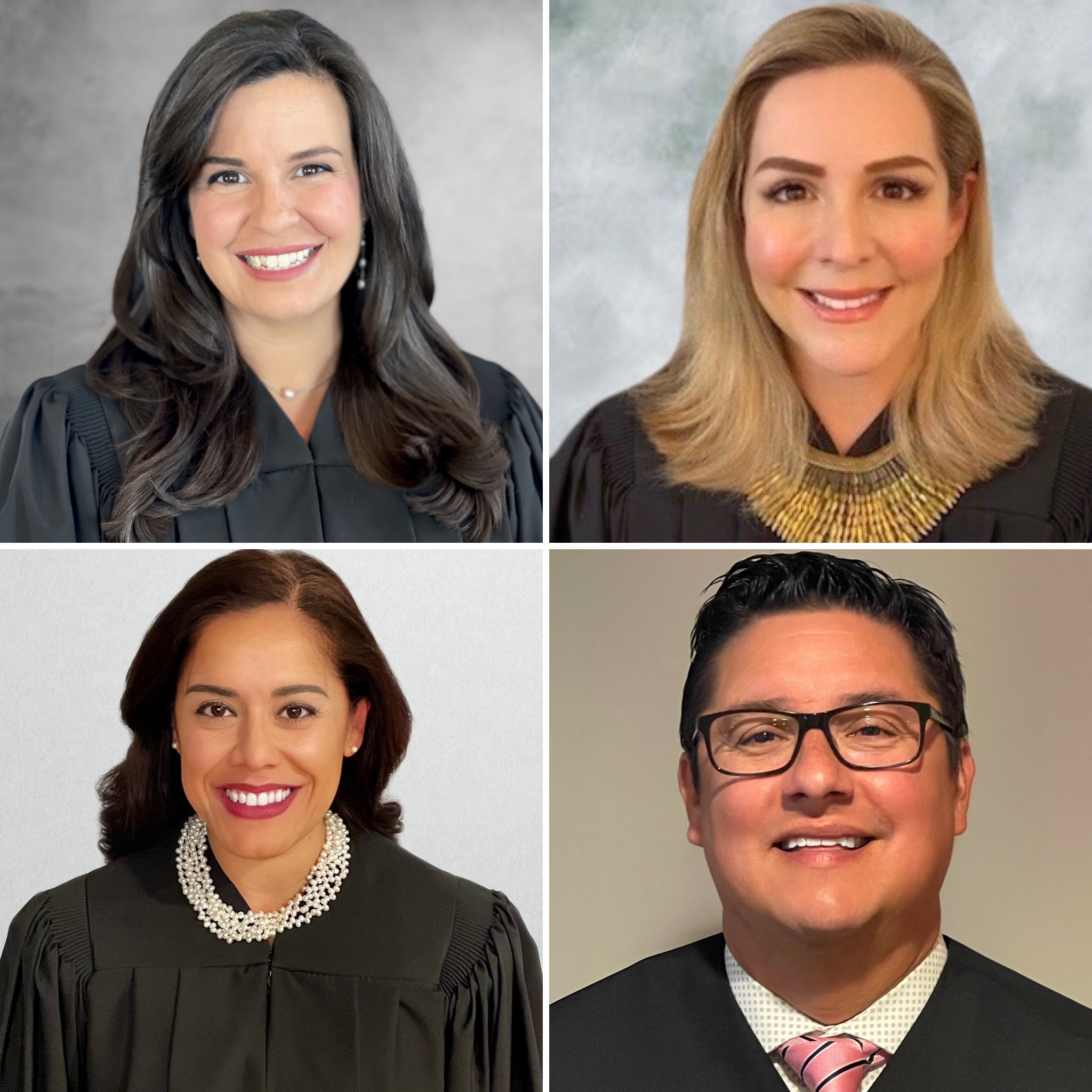 The Illinois Latino Judges Association would like to congratulate Judge Barbara Flores, Judge Martha-Victoria Jimenez, Judge Diana Lopez and Judge Eric Sauceda, who were sworn in as Associate Judges today (10-04-21).  They were sworn-in today with 18 other newly elected Associate Judges as part of the 2021 class of Associate Judges.  All 22 judges were found “Qualified” “Highly Qualified” or “Recommended” by all screening bar associations.

This is the first time that the Full Circuit Judges of Cook County elected four latinos to the bench as Associate Judges, marking a giant leap forward for diversity on the bench.  We applaud the efforts of Judge Timothy Evans and the Judiciary for a job well done. We celebrate each and every one of the newly appointed judges during this historic election and most fittingly, during Hispanic Heritage Month:

Judge Barbara Flores was a commissioner for the Illinois Worker’s Compensation Commission prior to her ascension to the bench.  She is a graduate of Chicago-Kent College of Law (2004) and the University of Illinois Urbana-Champaign (1999).

Judge Diana Lopez was the Managing Partner and owner of Lopez Law Group, P.C., a Family Law and Adoption Law practice prior to her ascension to the bench.  She is a graduate of Loyola University School of Law (2001) and the University of Illinois at Urbana-Champaign (1997).

Judge Eric Sauceda was a Supervisor for the Cook County State’s Attorney’s Office, Criminal Bureau, prior to his ascension to the bench.  He is a graduate of the University of Illinois Urbana-Champaign College of Law (1998) and DePauw University, Greencastle, IN (1995).

We are very proud of the newly elected Judges and give each and every one of you a warm welcome to the bench.  We are confident you will serve Cook County well in your new role and represent the Latino Community with honor, dignity and integrity.