The Illinois Latino Judges Association was created to engage in activities to improve the law, the legal system and the administration of law.

In attempting to create the best possible judicial environment in the State of Illinois, the Illinois Latino Judges Association will engage in activities to improve the law, the legal system and the administration of law, insofar as said acts do not violate any and all applicable Codes of Conduct, including, but not limited to:

In attempting to create the best possible judicial environment in the State of Illinois, the Illinois Latino Judges Association will encourage the participation of all members of the judiciary to improve the law, the legal system and the administration of law. We intend to pursue any and all acts reasonably necessary in the furtherance of these goals, including, but not limited to: 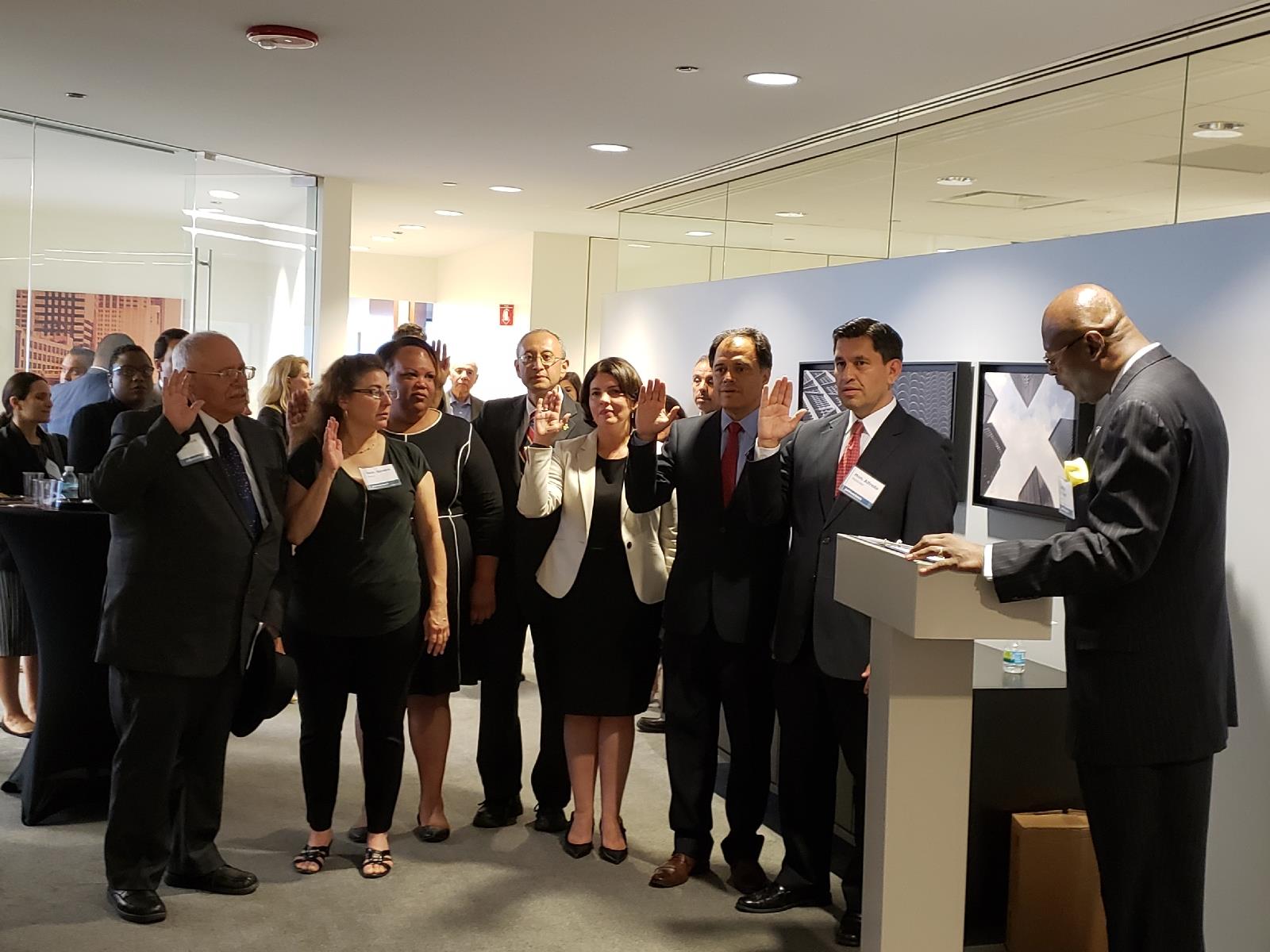 On July 26, 2018, the first-ever leaders of the Illinois Latino Judges Association took their oath. The number of Latino lawyers practicing in Illinois and the number of Latino judges on the bench have swelled within the past 30 years according to Cook County Circuit Judge Ramon Ocasio III. During the 1980s, there were “four or five Latino judges on the bench. Now that number has increased tenfold,” Ocasio said.

“Now that we have reached the tipping point to have enough Latino attorneys to support an independent association, we wanted to make sure they had enough opportunities to strive for,” Ocasio said.
Ocasio will be sworn in as the association’s first president during the ceremony which took place at the offices of Jackson Lewis P.C. at 150 N. Michigan Ave., Suite 250.

The association seeks to bolster both Latinos within the legal community and the Latino community in general as well as the number of Latinos serving on the Illinois bench.

The association intends to boost the number of Latinos serving as judges by mentoring young lawyers and law students who do not how to become a judge. It also aims to provide solutions to financial challenges that Latino college graduates are facing.

The ILJA which has approximately 50 members currently, is open to both state court and federal court judges as well as retired judges.