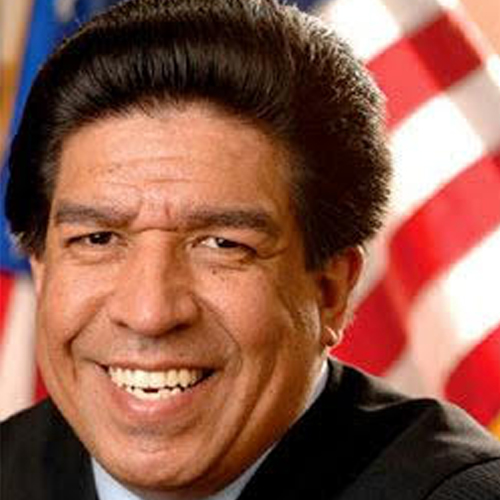 Jesse G. Reyes is currently a Justice on the Illinois Appellate Court, First District, serving as a member of the court’s Executive Committee and as Co-Chair of the Court’s Diversity & Inclusion Committee. He previously served as the Presiding Justice of the Fifth Division and as former chair of the First District’s Settlement Conference Committee. He has been a member of the judiciary since December 1997, having previously served as both an associate and elected judge of the Circuit Court of Cook County. His previous judicial assignments have included the Chancery Division’s Mortgage Foreclosure/Mechanics Lien Section, Domestic Violence court and the Sixth Municipal District. Justice Reyes, while assigned to the First Municipal Division, was instrumental in the production of the Circuit Court’s educational DUI Video “Que Precio Tiene La Vida.” He also served on a number of Circuit Court committees during his tenure on the trial court.

Before his election to the bench, Justice Reyes was employed with the Law Department of the Chicago Board of Education and represented the Board in litigation matters, and was responsible for the development and implementation of policies and procedures pertaining to school reform.

Prior to joining the Board of Education, he was a Senior Supervising Attorney with the Corporation Counsel’s Office representing the City of Chicago in complex civil litigation matters in state and federal court.

Justice Reyes is the recipient of several awards for his distinguished service to the bench and bar, with special recognition for his efforts in promoting diversity in the legal profession. He has the unique distinction of having been the first latino elected as an officer of the Chicago Bar Association and to the Assembly of the Illinois State Bar Association as well as being the first latino to successfully prevail in a county-wide judicial race in Cook County for the Circuit Court of Cook County and the Illinois Appellate Court, First District.
He received his B.A. from the University of Illinois at Chicago and his J.D. from the University of Illinois Chicago School of Law.