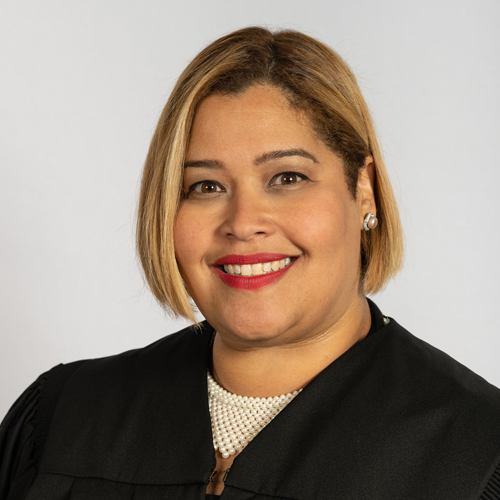 Appointed in 2019 by the Illinois Supreme Court, Judge Teresa Molina is the first Puerto Rican ever to be appointed and elected to a countywide judicial vacancy in Cook County. Judge Molina was previously assigned to the First Municipal District where she presided over bench trials, statutory summary suspension hearings, small claims and eviction cases. She is currently assigned to the Traffic Division in the Richard J. Daley Center where she hears traffic matters. Prior to becoming a judge, she was the Chief of Real Estate Prosecutions at the Illinois Department of Financial and Professional Regulation. Judge Molina began her career as an Assistant State’s Attorney in the Cook County State’s Attorney’s Office in 2001.

Judge Molina received her Bachelor of Science degree in Criminal Justice and Sociology from Ashland University in Ashland, Ohio in 1995 and earned her law degree from The Ohio State University College of Law in 2001 where she was the President of the Hispanic Law Students Association and a member of the Black Law Students Association. She is active in many Latinx bar associations, marched for Puerto Rico in Washington D.C. after Hurricane Maria, a proud member of Alpha Phi sorority and volunteers in her community. Judge Molina lives in Forest Park with her amazing rescue dog named Chola.