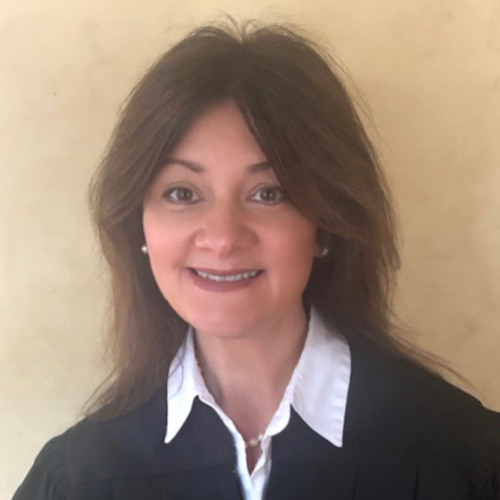 Judge Ortiz is a proud product of the Chicago Public Schools (McCormick Elementary and Whitney M. Young High School) and holds a degree in Public Administration from UIC. In 2001 she received her J.D. from Chicago-Kent College of Law. While a student at Chicago-Kent, she was Secretary of the Hispanic Law Student’s Association (HLSA). During law school she worked as a 7-11 intern at the Office of the Cook County Public Guardian in the Child Protection Division.

Upon graduation she entered the practice of Criminal Defense Law, first as a solo-practitioner, then as a staff attorney at The Law Offices of Chicago-Kent College of Law. Her practice focused on high-level criminal cases, including those involving the death penalty/jury trials/appellate and post-conviction work. She was certified by the Capital LitigationTrial Bar in order to handle death-penalty matters. While at the Law Offices, she was recruited by the Consulado General De Mexico in Chicago to represent Mexican Nationals charged with serious criminal offenses, some of which carried the death penalty.

She has been a Circuit Court Judge since 2016, when she was elected to a county-wide vacancy. Her first assignment was at the Sixth District Markham courthouse where she presided over Domestic Violence cases, and was then assigned to a felony trial court.  Currently, she sits in the Pre-Trial Division at the Leighton criminal courts (26th & California) where she presides over bond matters. She is currently a faculty member of the Illinois Judicial College.