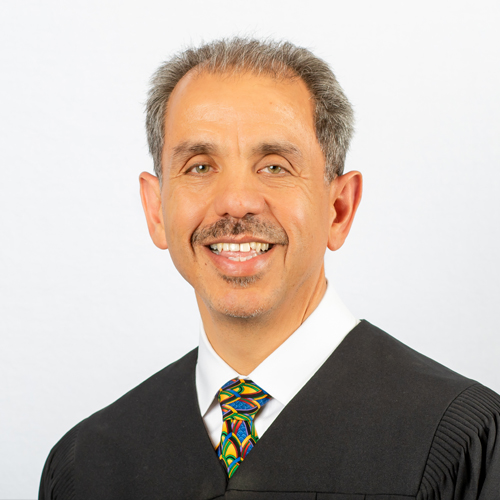 Judge Ramon Ocasio III, a lifelong resident of Chicago, graduated from Roberto Clemente High School. After receiving his bachelor’s degree from the University of Illinois at Urbana-Champaign, Judge Ocasio went to law school at Northeastern University School of Law in Boston Massachusetts. The number 1 public interest law school in the country.

Upon graduation from law school, Ramon Ocasio spent four years as a public defender representing indigent clients in criminal cases. He left his job as a public defender to run the Illinois Attorney General’s Northwest Regional consumer fraud office in Chicago. Eight years later he would return to the public defender’s office as an Attorney Supervisor, where he supervised 18 lawyers, working in the Chicago misdemeanor and felony branch courts.

Judge Ramon Ocasio was elected to the bench in 2006. Judge Ocasio, prior to arriving in Maywood, served in traffic court, Cook County’s Bond Court, and the branch courts.

Judge Ramon Ocasio was presented the 2016 Vanguard Award, by the Chicago Bar Association, which recognizes individuals who have made the law and the legal profession more accessible to and reflective of the community at large.

In May 2019, the George Pullman Educational Foundation awarded Judge Ocasio with their Most Valuable Alumnus Award for outstanding commitment to supporting Pullman Scholars.