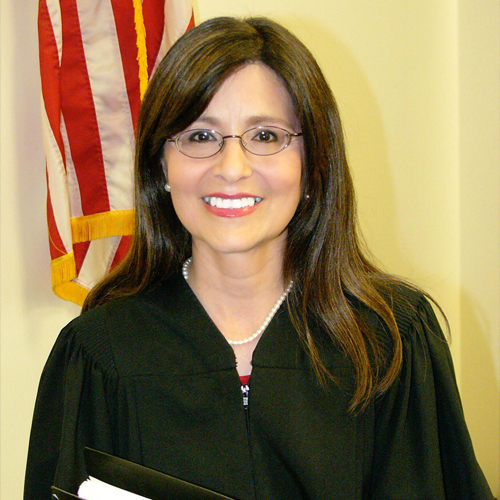 Patricia Mendoza is an Associate Judge for the Circuit Court of Cook County currently assigned to the Juvenile Justice Division – Delinquency section. Her previous judicial assignments have included Domestic Violence court and the First Municipal Division’s Traffic Court Section. Before her appointment to the bench in June, 2005, she was Chief of the Civil Rights Bureau for Illinois Attorney General, Lisa Madigan.

Judge Mendoza earned her B.A. at DePaul University in Chicago in 1981 and her J.D. at DePaul University College of Law in Chicago in 1984. She began her professional career as a staff attorney with the Cook County Legal Assistance Foundation in 1984. In 1988 she moved to the Legal Assistance Foundation of Chicago, where she was first a staff attorney and then a supervisor of a six attorney office. In 1993, she handled civil rights and civil liberties litigation in federal and state courts for the American Civil Liberties Union and in 1994, as assistant attorney with the Chicago Board of Education, Judge Mendoza defended the Board in a variety of constitutional, civil and statutory matters.

In 1995 she became the Regional Counsel of the Mexican American Legal Defense and Educational Fund (MALDEF), a national litigation and advocacy organization that protects the civil rights of the nation’s more than 36 million Latinos, a position she maintained for eight years. Among her civic and professional activities, she is a member of the DePaul University College of Law Family Law Advisory Board, an Advisory Board member of both the Young Women’s Leadership Charter School of Chicago and the Mikva Challenge, a Member of the Catholic Lawyers Guild and a member of the Supreme Court Committee on Juvenile Courts. Throughout her career, she has received various awards and recognitions including the Chicago Bar Association’s Vanguard Award, the Cook County State’s Attorney’s “El Humanitario” Award, the DePaul College of Law’s Alumni Award for Outstanding Service in Public Interest, the Rainbow Push Coalition Scales of Justice Award, the YWCA Racial Justice Award and the Hispanic Lawyers Association of Illinois Aguila Award.