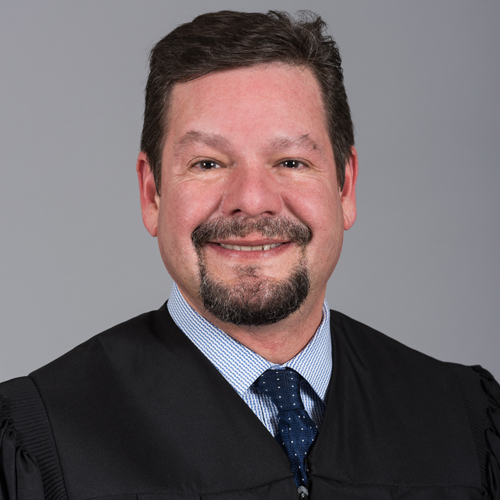 Peter Michael Gonzalez was born in Chicago. He moved to Miami where he graduated from Miami Coral Park Senior High school in 1986. He then attended The University of Michigan on an academic scholarship. He graduated from Michigan in 1991. He then made the smartest decision of his life and married his wife Dawn. They have two children PJ and Max that currently attend The University of Michigan. He then went on to attend IIT Chicago-Kent law school and graduated in 1994. After passing the Bar he went on to work at the Cook County Public Defender’s office. After eight years in numerous assignments at juvenile court and 26 & California, he left the office to pursue private practice. In addition to a busy private practice he worked part-time as an Administrative Law Judge for the Illinois Department of Employment Security. After working as an attorney for twenty three years he was appointed by the Illinois Supreme Court to fill a countywide judicial vacancy in 2017. In 2018 was elected to the Circuit Court of Cook County. He currently works in Branch 35 presiding over misdemeanor criminal cases.