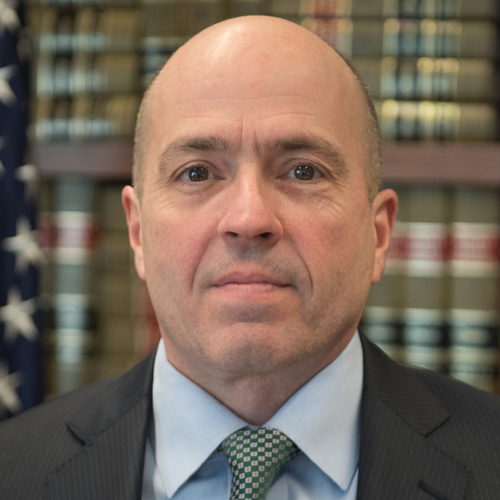 Judge Jorge Alonso has served as a United States District Court Judge for the Northern District of Illinois since 2014. Judge Alonso was nominated to his position by President Barack Obama. Judge Alonso previously served as an Associate Judge in the Circuit Court of Cook County where he presided over felony cases in the Criminal Division. Before taking the bench, Judge Alonso worked as an assistant public defender in the Law Office of the Cook County Public Defender for over a decade.

Judge Alonso received his Bachelor of Arts from the University of Miami and his Juris Doctorate from George Washington University in Washington, D.C.

Judge Alonso served on the Illinois Supreme Court Commission on Professionalism from 2017 to 2020, and is currently a Lecturer at Law at the University of Chicago Law School as well as an adjunct professor at the UIC John Marshal Law School.

Judge Alonso currently serves on the Boards of the Daniel Murphy Scholarship Fund and the Cristo Rey Jesuit High School.