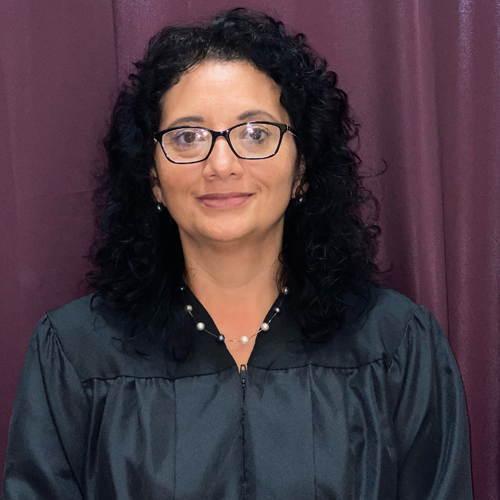 Judge Joanne Rosado was born and raised in Chicago, Illinois. She received her Bachelor’s degree in Political Science from DePaul University in 1993. She received her J.D. degree from University of Illinois – John Marshall Law School in 2001. From 2001 -2002, she was in private practice specializing in real estate, probate and criminal matters. From 2002-2017, she was an Assistant Public Defender in Cook County.

She currently serves on the NCJFCJ Diversity Committee, Juvenile Bench Book Planning Committee, Member of Edcon 2020 Family Track Planning Committee. She has served on the Board of Directors for the Puerto Rican Bar Association for the last nine years and chairs the community outreach program. She is an active member of the Hispanic Lawyers Association of Illinois. She is also a mentor in the following programs: UIC-JMLS, Diversity Scholarship Foundations First Generation Program and Women’s Bar Association of Illinois. She has been an active participant/speaker in the Women Everywhere Program since 2014. She is a member of the Alliance of Illinois Judges. She is a presenter/speaker/ panelist at several Chicago Public High Schools throughout the school year where she works directly with youth from the community in which she serves.