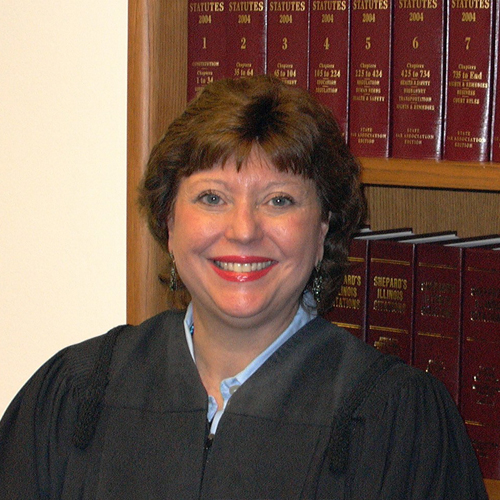 Judge Grace Guerra Dickler graduated from Northwestern University School of Law in 1978. She worked for the Cook County Legal Assistance Foundation, was in private practice and worked as a supervising attorney with Travelers and Immigrants Aid. Judge Dickler’s 38 year judicial career started in 1982 when she became an Administrative Law judge for the Illinois Human Rights Commission. In 1986, she became a Federal Immigration Judge, and in 1988 she was appointed as an associate judge in Cook County. In 1991, she was assigned to the Domestic Relations Division, and in 1999 she was assigned to initiate the Domestic Relations Calendar in the Second Municipal District located in Skokie, Illinois. In 2006, Judge Dickler was elected as a circuit court judge in the 12th Judicial Sub-circuit and was retained county-wide in 2012 and 2018.

Judge Dickler is married with two adult children one is an attorney and the other a Cook County Circuit Court Judge.