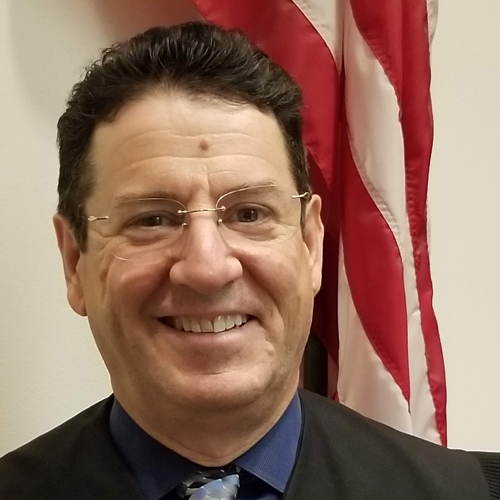 Judge Edward A. Arce was appointed by the Illinois Supreme Court as a Circuit Court Judge in February, 2008 and was elected to a full six-year term in November, 2008. Judge Arce is assigned to the Domestic Relations Division and has presided exclusively over family law cases since May, 2008. Judge Arce served in the Sixth Municipal District from 2008 to 2014 when he was transferred to the Daley Center. In 2018, Judge Arce was named the supervising judge of the Calendar D team.

Judge Arce is a graduate of the University of Illinois-Chicago and the IIT-Chicago Kent College of Law. Upon his admittance to the bar in 1985, Judge Arce was hired as an associate attorney at a small civil litigation firm. In 1986, Judge Arce and his partner formed Whitcup & Arce, P.C. where Judge Arce practiced law for 22 years until his appointment to the bench in 2008.

Judge Arce and his wife Celia have been married for 27 years. He is the proud father of three adult daughters and four grandchildren. Judge Arce is the prideful son of Mexican immigrant parents, Eusebio and Guadalupe Arce, who came from Ayutla, Jalisco, Mexico and settled in Chicago. Judge Arce is one of six siblings who are all successful in their own right.

Judge Arce was actively involved in community service having served for many years on boards and committees with the Chicago Boys and Girls Club Board of Managers-Gen. R.E. Wood and Little Village Units, the National Latino Education Institute, and Project LEAD, a voter registration and education project. Judge Arce is currently a member of the Illinois Judges Association and the Hispanic Lawyer’s Association of Illinois. Judge Arce has served as a panelist at several continuing legal education seminars on family law issues and served as a facilitator at the 2018 and 2020 Illinois Judicial Conferences.