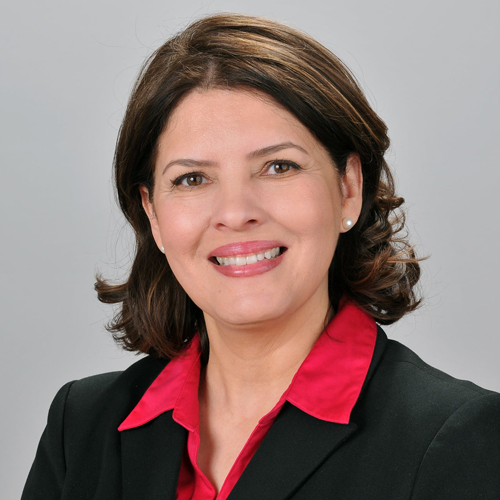 Judge Diana Rosario was elected Judge of the Circuit Court of Cook County in 2014.  Since starting her judicial career, she has been assigned to First Municipal Forcible Entry and Detainer and Civil Non-Jury Trial Courts, and Juvenile Court-Child Protection (Abuse and Neglect).  She is currently sitting in Domestic Relations as a trial judge.

Prior to becoming a judge, she was a practicing attorney for 25 years.  Judge Rosario was the attorney for the City of Chicago Department of Family and Support Services.  She was responsible for providing legal support to the Department on labor related matters, including federal and state discrimination and civil rights laws and violations.  She advised the Department on legal issues pertaining to social service programs, including but not limited to Domestic Violence, Juvenile Justice, Youth Employment and Development, Senior Services, Workforce Development, Homelessness and Housing.  She handled court related matters regarding complaints and lawsuits involving the department.  She prosecuted consumer fraud cases for the City of Chicago and presided over Administrative Hearings for the City of Chicago Department of Aviation for federal regulatory violations.  Prior to working for the City of Chicago, Judge Rosario worked as an  Assistant State’s Attorney in the Civil Division.

Judge Rosario was born and raised in Chicago.  She is a member the Illinois Latino Judges Association, and numerous bar associations, including the Hispanic Lawyers Association of Illinois, the Puerto Rican Bar Association, and the Chicago Bar Association. Judge Rosario has been actively involved in community service.  She has mentored high school and law students and has provided pro bono legal services for After School Matters. She has volunteered with the Edgewater Historical Society and has conducted speaking engagements with many community-based organizations. Judge Rosario received her undergraduate degree from Loyola University-Chicago and  her law degree from DePaul University College of Law.