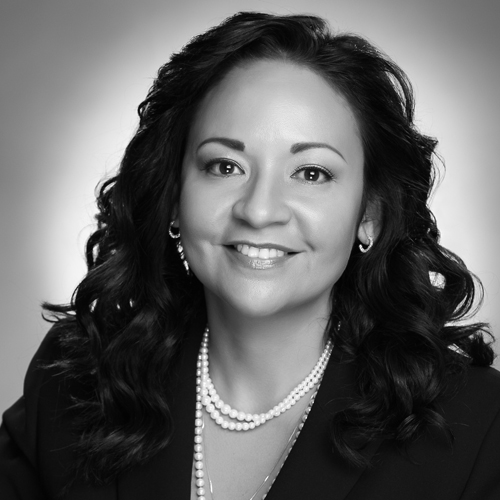 Judge Carmen Aguilar was appointed as an Associate Judge for the Circuit Court of Cook County in October 2009. Judge Aguilar has served in Traffic Court at the Daley Center in Chicago, the Fourth Municipal District, Maywood and is currently assigned to the Fifth Municipal District, Bridgeview where she hears various traffic, misdemeanor and felony criminal cases. Judge Aguilar’s primary assignment is presiding over the Specialty Problem-Solving Courts which includes Drug Treatment Court, Mental Health Court and Veteran’s Treatment Court wherein the main focus is to provide judicial intervention and treatment to non-violent offenders in an effort to break the cycle of addiction, criminal behavior and to stabilize mental illness with the goal being restorative justice as an alternative to the previous practice of imprisonment without treatment.

Judge Aguilar is a board member of Women Everywhere, a volunteer collective in the Chicagoland area focusing on community service projects and educational courthouse tours for young women attending public schools aspiring to achieve successful careers. Judge Aguilar volunteers in numerous organized and non-organized programs in her community, church and throughout the Chicagoland area using her appointment to the Bench as an opportunity to educate and expose younger generations to the judicial system and to the professionals who work within that system. Judge Aguilar and her family serve food, cook and gather warm clothing, food and toy donations for local migrant workers during the holidays. Judge Aguilar is the recent recipient of the 2016 El Humanitario Award presented by Cook County State’s Attorney Anita Alvarez and the Hispanic American Advisory Council.

Prior to being appointed to the Bench, Judge Aguilar served as a Cook County Assistant State’s Attorney in Chicago from 1990 to 2009 where she successfully prosecuted numerous felony bench and juries trials including the successful prosecution of a serial murderer and rapist, drug dealers, gang members and pedophiles. She was promoted to supervisory positions of First Chair in the Felony Trial Division, a Trial Supervisor in Felony Review Unit, Deputy Supervisor in the Special Litigations Unit and Supervisor of the Domestic Violence Division of Cook County.

Judge Aguilar obtained her Bachelor of Arts in Communications from DePaul University in 1987.

She received her Juris Doctorate from American University Washington College of Law in 1990.

In addition to her degrees, Judge Aguilar has studied abroad in Germany and in Mexico. While attending law school in Washington D.C., she volunteered at Ayuda, an organization helping immigrants with immigration, landlord/tenant and domestic/ violence issues. She has lived and worked all over Chicago.
She has been married to Steve for 26 years and has three wonderful sons, Antonio, Samuel and Rafael.