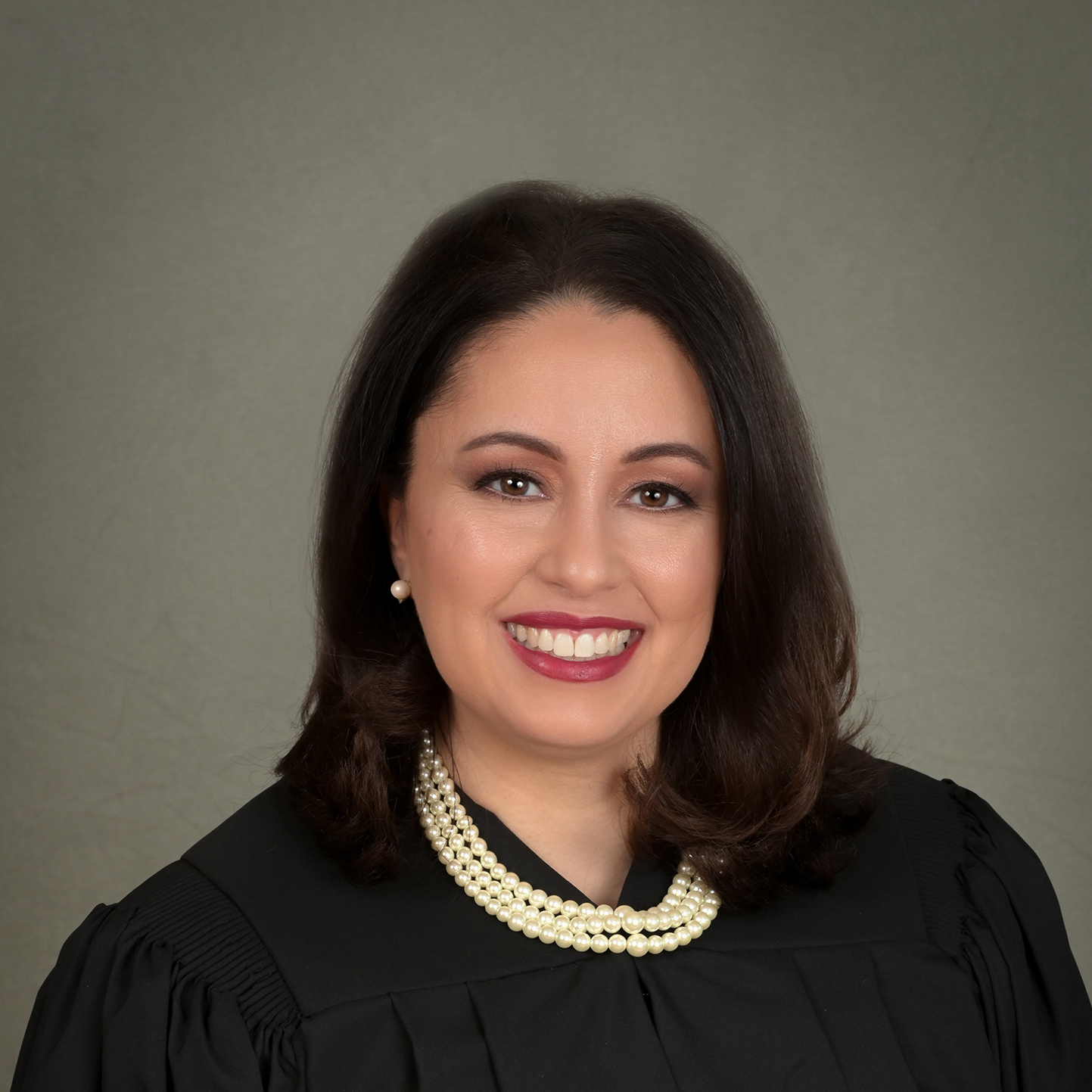 Judge Araceli R. De La Cruz was appointed as a Cook County Circuit Court Judge by the Illinois Supreme Court and sworn in on January 6, 2022. She currently serves in the Traffic Division.
For over twenty years, Judge De La Cruz worked in a variety of public sectors. She takes great pride in having served crime victims, public transit riders, public consumers, and public-school children throughout her career. Judge De La Cruz brings her depth and breadth of experiences as a trusted and ethical public servant with her onto the bench.
Judge De La Cruz began her legal career as an Assistant State’s Attorney, where she tried misdemeanor and felony jury trials, over one hundred bench trials, and hundreds of evidentiary hearings. Judge De La Cruz
handled matters in the Traffic Division, Child Protection Unit, Narcotics, Felony Review, Felony Preliminary Hearings, and the Special Grand Jury where she indicted homicide and sexual assault cases. While in the Special Prosecution section of the Narcotics Unit, she managed the vertical prosecution of narcotics cases. She also specialized in child victim sexual assault cases.
While the Chief Safety and Security Officer at the Chicago Transit Authority, Judge De La Cruz ensured regulatory compliance with state and federal safety and security standards. As the Chief of General Prosecutions at the Illinois Department of Financial and Professional Regulations, she managed prosecuting attorneys and ensured the protection of consumers while holding service providers accountable to the state’s
professional rules and regulations.
Before her appointment to the bench, Judge De La Cruz served as the General Counsel and Chief Administrative Officer for Acero Schools.
Judge De La Cruz is a lifelong Albany Park resident in Chicago where she proudly resides to this day with her husband and two teenagers. Academic scholarships enabled her to attend the University of Illinois at Chicago where she studied English Literature and Political Science. While attending The John Marshall Law School, she competed in Mock Trial, was on the Dean’s List, and earned the Elmer Kissane award for her commitment to public service. Judge De La Cruz is an active member of various bar associations and serves on the In Schools Committee of the Illinois Judges Association.
Judge De La Cruz is committed to mentoring law students and young attorneys and has already gained three mentees while on the bench.